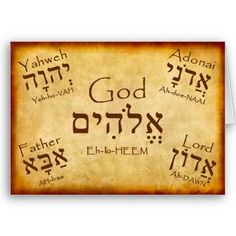 Let us talk about God the Father as a “Person” and where is HIS proof… if anywhere.

First, some have a weird idea of “who” the FATHER is. Here are some “impressions” of who God the Father is… by some… for your enjoyment.
1) He is often depicted as an old bearded man. Well, God the Father does not have a beard. From the Holy Inspired Scriptures, God the Father doesn’t even have a face… or a body for that matter. In fact, God the Father is not even “old”. Read on. 2) He is in fact seen as an old bald man, sometimes.   Well, as stated before, not only God the Father has no beard… and no face or body… but HE has no hair… So making HIM bald seems consistent with the previous statement… but it is not. God the Father is neither bearded nor bald. And I am sorry to repeat myself… but HE IS not “old”. Read on.           3) And often, we see HIM in artistry as an old man with baby angels (that is my favorite). Notice his “baldness” here again.
So, we have a human depiction of the Father here, again, as an old balding man. Keep that thought. Then, we see HIM discussing (it seems) with a baby Angel. Well, God the Father is neither bald nor old and there are no such things as baby angels. Trust me, there is nothing “babyish” about Angels. Think more “speed”, “force”, “strength”, “swiftness”, and ultimately, “power” than we can not imagine… so no little babies here.     But the ultimate question is does God the Father really exist? How do we know HE does or how can anyone believe in a Person that we are total ignorant about? And where is the proof of HIS existence? Here goes. There are absolutely no tangible proof that God the Father exists.  Period.  It does not mean the Father does not exist.  It simply means that we cannot prove the existence of God the Father (or God for that matter who happens, apparently, to be the Creator of all things… as is the Godhead). Nothing by science or by proof.  Impossible. We (Christians) do believe that science and logic must be compatible with the idea of the revealed Godhead (they cannot contradict each other in a pure sense of the word and equally philosophically, because Science and Logic are from the same source – God) but technically, we cannot show you what is not visible. Scientists (most but not all of them) strongly believe in the “Big Ban”. Well, from a Cosmological point of view, that theory makes some sense since we are pretty much assured that the Universe in expanding. In fact, it is expanding at a rate 10 times the rate of the fastest human spacecraft. And simply to get that fast, because of the speed of the expansion of our Cosmos, we would be standing still. Therefore, we need a much faster speed to get anywhere. Let’s say that the Big Ban theory remains a theory and since we cannot see or reproduce it in a laboratory, most intellectuals believe in it but they have never seen it nor will they ever do. Using their logic, it is not because one cannot “see” something that that “something” does not exist. (That is not my point of view… it is the point of view of those new Priests (a majority of “Scientists”) in their white mantles that Steven Hawking calls the only Philosophers left. All other “philosophies” are dead) – Read the “Grand Design”. (What a bullshit statement Stevie baby. Get with it and stop being frustrated with God). But back to our topic. Christ’s message requires Faith.  That’s the way it works.  (Actually, there is divine wisdom and logic in faith… it is accessible to all, free for all, available to all requiring no payment, no membership or no works on your part. He did it all). Jesus accomplished the work on Calvary, taking on the sin of the world.  He did it all. All other Faith Systems require “works“. Christ simply asks for your heart… faith. Thus, one cannot compare Christ to any other “religious leaders” but Christ can only be a CONTRASTED to all the others. There is, philosophically, only ONE truth if you think about the definition of “TRUTH”. There can’t be “many”. All we need is faith in his finished work. There is no way you can reach the Father without going through the Son:  “…no one knows the Father except the Son and anyone to whom the Son desires to reveal Him” Matthew 11:27

Since God the Father is a Spirit, he has neither a beard or hair for that matter or lack of. These latter elements belong to Physics. God (God the Father as is the Godhead) is outside Physics.

Yet, we claim our faith to be logical.

When we study the history of Christianity, when we read the Bible, when we allow the Holy Spirit to teach us, we just know that the Son of God had a Father… thus by faith, we know that there is a God Father. We can feel the love of the Father in the love we received in and from Christ.  Often, this love is also felt through others around us… but again, that is all very subjective.

There is no such thing as Proof of the Father.  We believe it!  Period.

Of course, faith is not based on idiotic elements. It is the only “logical” FAITH SYSTEM in the known Creation.

We believe because the Faith System that Christ has brought on this earth simply works.  It does. There is a logic in the Christian Faith.

From anthropology, you learn that most beings believe in a God.  Why would most humans believe, instinctively in such a being if such a Being did not exist?  From an evolutionary (Darwinist) point of view, we would be incapable of believing in anything outside of our “physical” world. How then do we have the “thought of Eternity”? Darwinism is therefore illogical.  Yet, we cannot prove that the Father exists. But that is irrelevant, in the end.

Our Faith System is based on an attraction of a Person. Christ our Lord. It is a LOVE STORY. And one cannot measure or bring in a Scientific Laboratory “LOVE”. Try to figure, from a Physics point of view, the “weight“, the “height” or the “breath” of love. We can’t. No one has and no one will ever be able to “measure” abstract notions that are outside our norms of things “within” our world of Physics.

Therefore, there must be more than “Physics”.

We may have no proof of our Creator… yet…

From Astronomy, try to calculate the chances for a world to be at the exact angle the earth is in its axis, giving us Seasons – thus life (23.5 degrees)… but it is not “exactly 23.5 with its right dimensions (size). From my Astronomy class (Ohio University), the true axis of the earth is 23.4something… and thus, we need to delete one second every 18 months or so (this happened yesterday, (all over the world) as I write this article – June 30th 2015). Since our calendars are wrong, if we did not “skip” a second every 18 months, we would eventually (not in our lifetime) end up with snow in August.

Add this with a moon, the exact size and at the exact fractional distance and position it holds related to earth, causing a gravity that affects the oceans and far more (the “period of the woman” is identical, within minutes), placed in a system where the needed star (sun) has just the right proportions, distance and age within a gravitational element that allows other such planets as the massive Jupiter to exist.  We can continue with the importance of Saturn and the distant Ice Giants (Uranus and Neptune) and then we can get closer to the inner planets… but all are influenced by all and thus, we have “intelligent” life... “Made into HIS image“. The possibilities of this are astronomical and factually impossible.

Some of you may not be Astronomers, but we know that such complicated calculations just simply do not happen by accident.  Quantum Physics (my current studies) are even more amazing. The Chemical balance for life gets down to fundamental needs (without it, there is no life). Example:

Cobalt (0.0000021%) is contained in vitamin B12, which is important in protein formation and DNA regulation. It would be like insisting that the wind created, with a lot of time, on Mount Rushmore the faces of Washington, Lincoln, Jefferson and Roosevelt.  Impossible!  Just not logical.

Yet, we cannot prove that the Father (Creator of humans) exist. (Or can we)?

We do ardently believe in the Father.  Firstly because Scripture tells us, mainly because the Son has “shown” us the Father and conclusively because the Spirit compels us, teaches us, convinces us of such truth.

In a nutshell, this is what Jesus said: “I am the way, the truth, and the life; no one comes to the Father but through me.” John 14:6.

And by the way, since “No one has seen God at any time; the only-begotten Son, who is in the bosom of the Father, he has declared him”. John 1:18.

This would make the “Jehovah” of the Old Testament, the “Jesus” of the New.

Be well and believe.