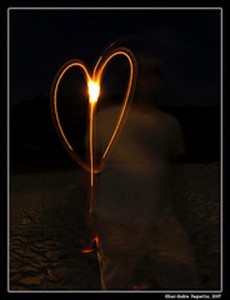 “Thou madest him a little lower than the angels; thou crownedst him with glory and honour, and didst set him over the works of thy hands.”(Hebrews 2:7)

We cannot comprehend what it meant for the infinite Creator God to become finite man, even coming “in the likeness of sinful flesh” (Romans 8:3). Nevertheless, we can, and must, believe it, for “every spirit that confesseth not that Jesus Christ is come in the flesh is not of God” (1 John 4:3). The Scriptures have given us a glimpse of the “emptying” that His incarnation required–the setting aside of certain outward aspects of His deity. He had been “so much better than the angels” (Hebrews 1:4), but He had to be “made a little lower than the angels for the suffering of death” (Hebrews 2:9)–“put to death in the flesh” (1 Peter 3:18). The eternal Word “was God” (John 1:1), but it was necessary that “the Word was made flesh” (John 1:14). “The world was made by Him” (John 1:10), but “the princes of this world . . . crucified the Lord of glory” (1 Corinthians 2:8). He, “being in the form of God, thought it not robbery to be equal with God” (Philippians 2:6). That is, He was not fearful of losing His deity and, therefore, did not have to cling to His divine nature and attributes as He became man. Thus, He “made himself of no reputation” (emptying Himself of the outward form of God), “and took upon him the form of a servant” (Philippians 2:7). Yet that was only the beginning. “For he hath made him to be sin for us, who knew no sin; that we might be made the righteousness of God in him” (2 Corinthians 5:21). He suffered hell for us, that we might enjoy heaven with Him. Because He was willing to be so humiliated, He will one day be crowned with glory and honor. “God also hath highly exalted Him, . . . that every tongue should confess that Jesus Christ is Lord” (Philippians 2:9 – 11).
Tweet
Share
Share
Pin
0 Shares