I always wondered why Mary of Magdala saw the Angels and Peter and John never did. 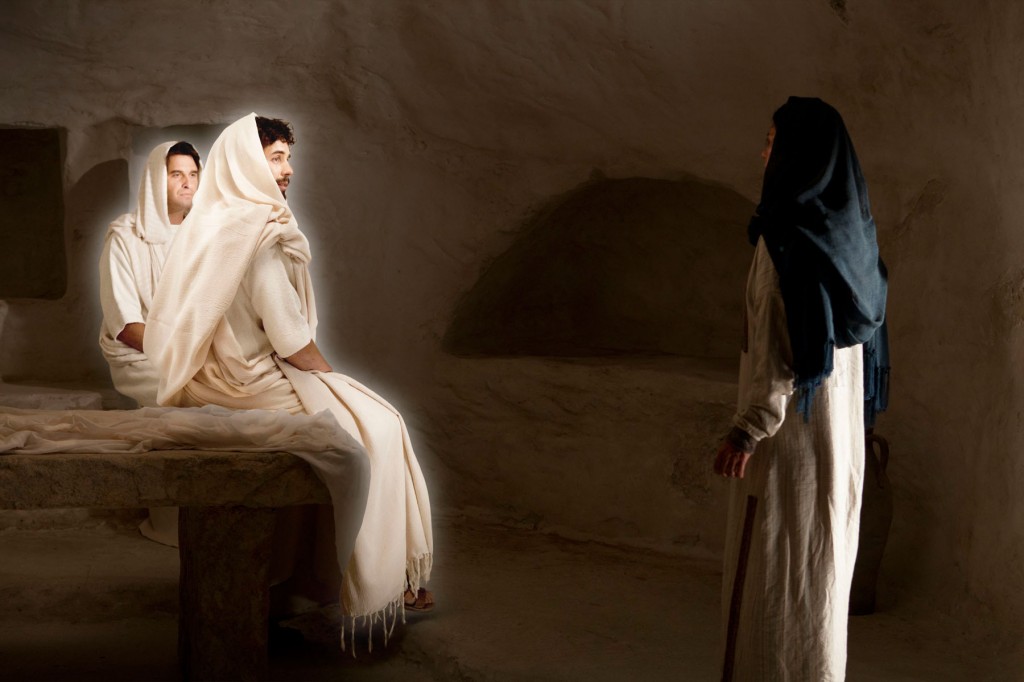 For some time now, I have been studying “Angels”. Unfortunately (at least for me), I never had sufficient time to finish my article on the different families of Angels because I am “taken” on other things… (or could it be a lack of self-discipline)? I confess that the latter is mostly the closest to the truth. Regardless, this is a bit of a look at what I am preparing to write… on Angels. But this is simply a “Trailer” to what I am attempting to do. So, I do hope you will enjoy this “hook”. Men and Women… and Angels.

The Apostle Peter and the Apostle John heard about Jesus of Nazareth, the Christ as being risen. He had foretold that as well as the Prophets have reminded us all of the crucial importance of that out of this physics phenomenon.

If you recall, John, being younger, (he must have been approximately 14 years old at the time, but that is my speculation from my studies and theories) arrived first to the tomb. Peter, of course, as a true fisherman and a husband and a father was older… and thus, Peter did not have the stamina of a hard working teenager. So he got there second. We all know this from Scripture. What did both men see? They saw linen clothes lying and wrappings of death. And they both saw an empty tomb. Thus, they returned to the other disciples, with some acute feelings in their hearts. Again, let me speculate. Peter was probably far more confused than John. Simply because Peter understood nothing much and was probably still feeling guilty for his betrayal.  (Betrayal will do that to you). John remembered that Jesus had already claimed that HE would resurrect… so John probably had wonderment in his heart while Peter had some confusing feelings… but that is not the topic at hand.

Then we have the woman. Mary. (Not the Mother of Jesus). What did Mary see? She looked in the very same tomb and immediately felt as if her vision was blurred. We don’t need to deduce that she had tears in her eyes. After all, she was weeping. Mary saw something wonderful… through her blurred vision. She actually saw 2 angels. One was sitting at the head of where the body of Christ had been laid and the other at the feet. They were dressed in white. These heavenly powerful creatures were clothed in the habiliments of victory… a true celestial demonstration of victory in what was once the stronghold of the enemy. But here, the enemy is defeated. The foe is down for all eternity.

The cross has won the Eternal Battle of our Everlasting longing for LIFE. Let’s recapture what the MEN experienced and what the WOMAN experienced. The more “mature” male, Peter, and the young energetic John, believed that the grave was void of everything. There was nothing inside but a few cloths. Thus, Jesus was absent. We get that. But Mary was arrested in her bleared vision. She did not leave the site as the two men did. She remained there for a while. Mary was discovering that Heaven itself had something to do with this empty chamber. Then, a most wonderful “moment” happened in the annals of history. Mary eventually turned around and saw “someone”. She was face to face with the Christ, our Beloved God… and still not knowing this (as we do, today), Mary thought HE was the cemetery keeper and suspected that he took away HIS body and thus asked about HIM. But the response she received from this Person was strikingly simple: “Mary”.

She realized that the voice was that of Jesus HIMSELF… that HE did raise from the dead… Now as a (parenthesis, let me extrapolate that in Eternity, we “may” have a different appearance but our unique “voices” shall remain forever), in passing. After all, we all have different voices. (What richness in God’s creation don’t you think… just like our fingerprints and so much more. We are all very much UNIQUE). Well, that had to do with Angels, at least an introduction to my current studies on Angels. The Woman saw them while the men did not. High 5 girl! _______ #philippepaquette #WeAreN #Angels
Tweet1
Share1
Share
Pin2
4 Shares

To those with a DAMAGED HEART…

Christian… and / or Disciple of Christ..? Do you consider yourself one of the “Disciples of Christ”?