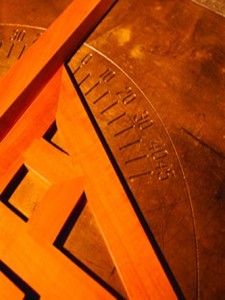 A Friend in Logic – Jesus

When it comes to logic, Jesus makes sense! Logic is from “…the branch of philosophy that analyzes inference.” Let’s talk about “that” for a moment. When I was a kid, I was lonely.  I had a small room, in the back of a small house, in a small City.  There were 4 trees in my small backyard.  Four Maples.  They seemed 30 feet high. There was life in these beautiful trees.  Squirrels would climb and eat and play day and night.  They would live, sometimes fight, but they were there.  Year after year. I wanted a friend.  “I will domesticate these small creatures and I shall have a friend!”. Nothin’ doin’…  I used peanuts, peanut butter, grains of all kinds… but after a few years, I gave up.  Didn’t have the patience to tame them… We were simply too different. In time, I realized that the only way I could actually find a “friend” in these small creatures would be to have become a Squirrel myself.  It was the only way. God would not come in his Being.  Impossible.  (We would crystallize in an instant.  Just like throwing me on the surface of the sun with no protection.  Think about it). The only way God would “really” communicate with us is to become like us.  Human. There is no other logic.  And in so doing, God became a man and was able to offer us what we truly fundamentally needed… that which we longed without even knowing it… SALVATION.

“Him (Jesus) who never sinned, HE BECAME “SIN” for us,

so that we might become God’s righteousness in HIM.”

This is the only “logical” FAITH System in existence.  All that is required is FAITH. No works, not prayers X number of times towards the North, South, East or West, no pillars, no membership, no money… nothing other than FAITH. Accessible to all, adaptable to all, allowable to all and Universal. Simply logical. #philippepaquette
Tweet
Share
Share
Pin
0 Shares

Your children WILL have Eternal life…

To those with a DAMAGED HEART…

Christian… and / or Disciple of Christ..? Do you consider yourself one of the “Disciples of Christ”?

2 Comments on “A Friend in Logic”